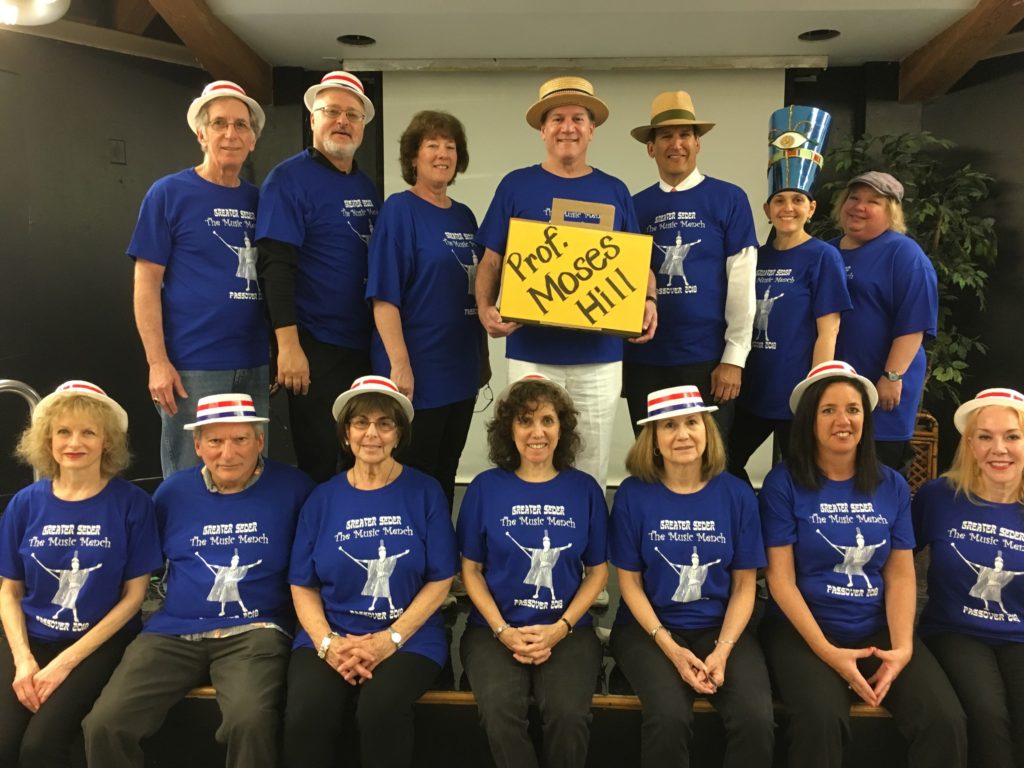 The cast of Greater Seder’s 2018 production of “The Music Mensch”.

THE GREATER SEDER STORY – HOW IT ALL BEGAN

Legend has it that in 2005, Rande Friedman gathered some of his friends together and said, “Let’s put on a show! And let’s make it a Passover Seder” and the rest is history!  Rande, along with original members Lynn Heller, Jerry Slutzky, Cindy Spahn, and Cynthia Gornbein formed the Kosher Hams and put on the very first Greater Seder in the small ballroom of the Rusty Pelican restaurant on the Courtney Campbell Causeway in Tampa. Approximately 70 people attended that year and were treated to a few silly versions of songs with a portable CD player accompaniment and some jokes, while experiencing the traditions of a Passover Seder. The restaurant served a nice dinner and the people who came to the “Untraditional, Unseder” for the un-affiliated and un-attached, enjoyed it and resolved to come back the following year.

The next year we moved to the large ballroom and added more Kosher Hams, who also helped write different skits and spoofs of songs. The idea was that we would all sit along the back of a “stage” area in chairs with our scripts and walk up to the microphones and read our parts.  Some people sang songs, too. We even added a professional pianist to accompany us. We were thrilled to have an audience of almost 100 people and knew we would continue to provide the alternative seder for many Jews and non-Jews in Tampa Bay.

The Greater Seder tells the story of the Exodus through comedy and songs. Each year, there is a different theme that pulls the story along.  In the early days, we had a theme like “Election OY8” where we spoofed the election year of 2008.  Or “Hoe Down Moses – How the West Bank Was Really Won,” where all of the skits and songs had to do with westerns. Some of the seders have spoofed television programs for example, “A Shlep Through TV Land,” “Ed Sullivitz- A Really Big Shul,” and “Live From the Sinai – It’s Seder Day Night Chai,” (a spoof of “Saturday Night Live”).  And we even had a psychedelic seder, with songs and skits about the 60s – “Magical Matzo Tour – a Psychedelic Seder.”

In 2010, we spoofed space with “Star Drek – In Space No One Can Hear You Kvetch,” and then brought that theme back in 2016 with “Star Drek II- The Farce We’re Makin’” which coincided with a popular new release from the Star Wars franchise. 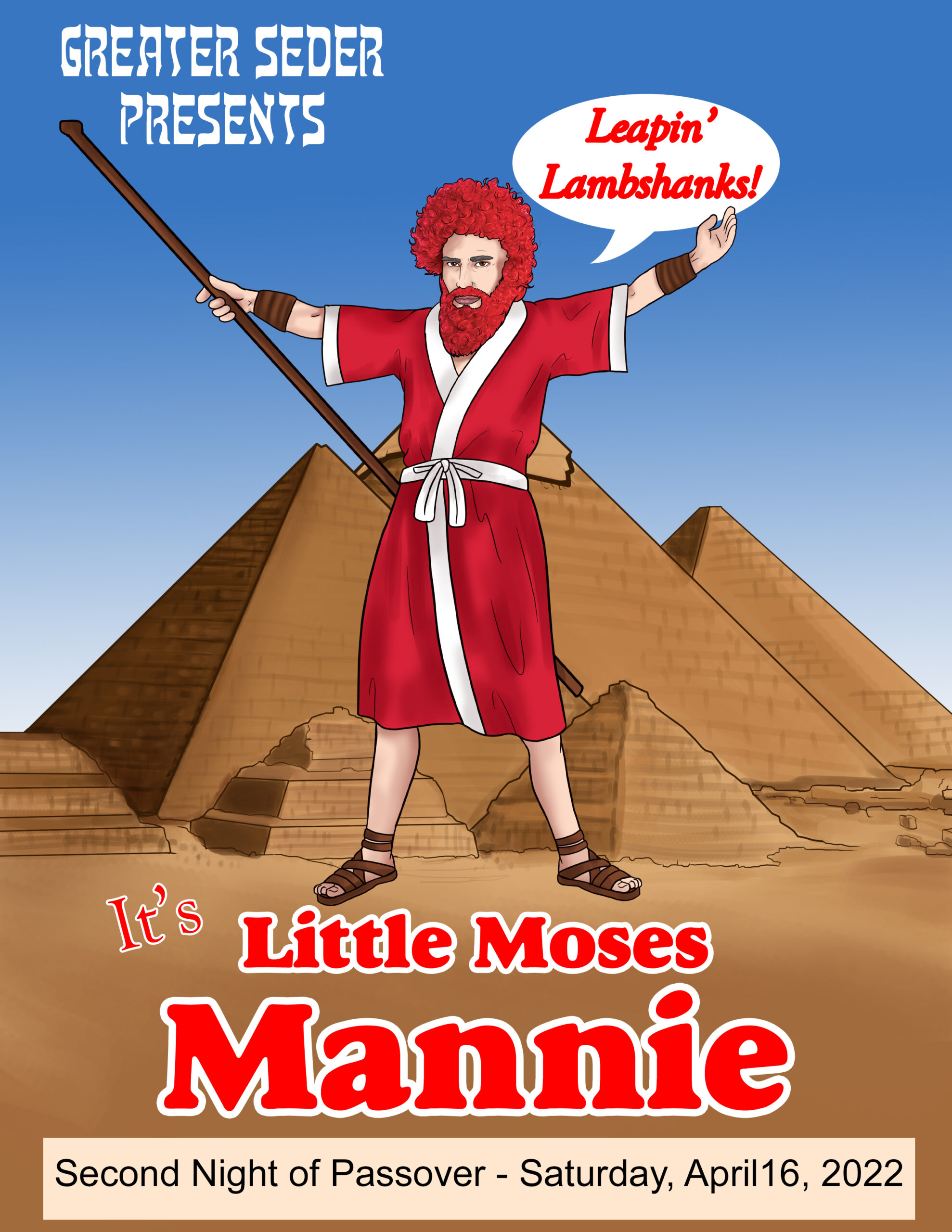